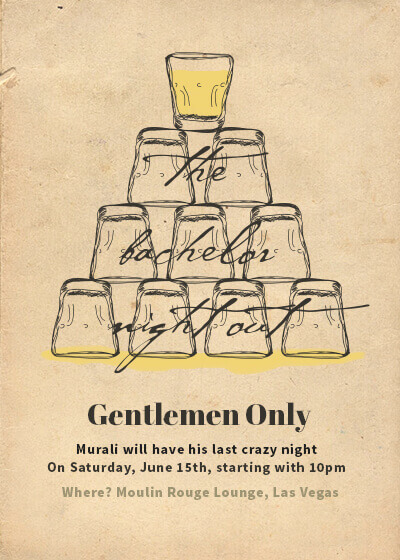 The ideal Bachelor's Party invite to make sure that even the most not-bright of your friends understands what the main event will be.

A bachelor party is a last ditch effort to have a wild night of drinking with buddies and marking the end of an era, one that is making way for a newer and more wholesome period of life. However, almost as if evidentiary in its very design, this Men's Bachelor Party Invitation from Inytes.com is designed around a pyramid of shot glasses, all but the top one containing the alcoholic elixir that the other previously did before it was consumed. The effect of presenting this card on what appears to